Today I am hosting author L.R. Wright for the Blogger Book Fair.  She has taken up my suggestion for a ‘Three Sentence Seduction’ – selecting one sentence describing a character, another for a location and a third, a favourite end-of-scene finishing sentence. 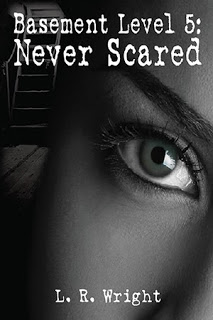 Sentence #2: What a difference from the dungeon-like hallway! The freshly painted walls and the plush carpet seemed strangely out of place, considering they were in an underground bunker.

Sentence #3: She wasn’t lightheaded, she was dying.
Blurb: Whoever was trying to kill her didn’t know her very well, or they’d have sent enough men to do the job…
Alexa Martinez was raised to believe that murder, deceit, and lies were a part of life. A trained killer, she follows in her father’s footsteps, specializing in political assassinations for Martinez Security—contracted through the CIA. She thrives on the power, money, respect, and—most of all—the adrenaline rush.Despite the danger associated with her profession, Alexa strives to give her children a normal life. But when her past catches up with her, they become pawns in a deadly game of revenge. Operating from a secret base, five levels below ground, Alexa struggles to unravel the puzzle, uncovering secrets that will alter their lives forever. Now she must make a choice—is she willing to die to give her children a life outside the bullet-proof glass?

About L. R. Wright:
L. R. Wright is a devoted wife of many years. She is the mother of three children who inspire and motivate her to follow her dreams. In addition to writing, Wright loves to plan events for her friends and family.
Where can readers find you and your work?
My blog: http://www.thebasementlevelfive.blogspot.com
Website: http://www.lwrightauthor.com
Facebook: Leslie Wright Author
Twitter: @LWrightAuthor
Publisher: http://www.blackopalbooks.com

Basement Level 5: Never Scared can be found at: