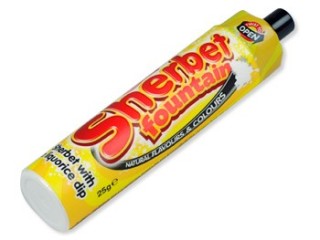 Phew! I just read yesterday’s blast from the saloon bar. So – today I’m gonna stick to some nice soft subjects like the things we do for our kids. On my twitter tree branch today I met a lady who makes the most beautiful jewellery (Keri Kalwaytis @GardenVibe ) . Seeing the pictures sent me back to when one of the kids had to take part in a “Young Enterprise scheme” at school. I believe that many such activities amount to going home and getting the wrinklies to sort it out. So, I (the team) came up with jewellery making. Several gawky adolescent boys with wavering voices and hair trigger embarrassment issues were set to work with delicate silver wire and mini pliers that seemed to get lost in hands the wrong size for their arms. In the end I (the team) took over production, supply chain and packing. It was a great team effort which was awarded with all manner of entrepreneurial back slapping and speeches from local business folk. I was proud. In fact I was so proud that it nearly wiped out my disappointment at being awarded a B for one of the essays I had helped to shape.


However, nothing has ever erased my shame surrounding my daughter’s poetry class at school. Now, she hates poetry as do the kids of most poets. She also hated French. One day she came home in despair. Her world had ended. She had to write a poem. When I could no longer bear the torment of my child…..I wrote it myself. That day I had been standing on a bridge in reflective poet mode.(You kinda wander looking wistful and fay yet with a secret distant intelligence playing on your face like folks on arty TV shows. You have to keep an eye out for traffic. A lot of poets get squashed). Small craft in the Thames were at slack water limbo until the tide turned and their ropes once again took up the strain. I thought of the currents of our lives as we are pulled – often by forces unperceived and how maybe we could use this as a metaphor for the creak and stretch of our souls as we cope in the stream of time. I scribbled out the poem and she copied it – declaring that it was my normal purple “I’m an artist” gush. Well, I was publishing a fair bit in those days, but she had a critical point I thought. I heard no more of it until it was parents’ night. I was met at the hall entrance by an excited young teacher who took me to a notice board to show me……yes you’ve guessed it – my poem. She declared that the child (she was about 12), had a special talent and asked if anyone in the family was “an artist”. I put on the commonest of accents and threw in a few grammar errors to show that none of that posh stuff was for me like. I even asked if it could get in one of them apology books where there was loads of different poems. The rest of that year was a torment for the poor child. She was hailed as a poet and lost all of her cred with the Bermondsey Gangsta Girls. I fought back with a few rap rhyme lines that she trotted out and kinda made it back in. The teacher left and I promised never to intervene again.


But, I did. My biggest shame was the Sherbet fountain slogan competition. One of the kids had left a wrapper and I read that you could make up a jingle and win a BMX bike. Now, none of the kids really liked sherbet but I used to buy them out of nostalgia and my love of liquorice. Well, I made up the jingle and sent it off with the wrapper. My line was “It’s the liquorice lick with the fizz that’s the bizz”.  Now – come on – not bad eh? All your Wordsworths and poet laureates – eat your hearts out. Several months later a huge box of sherbet arrived when I was awarded some kinda prize. But who the bloody hell won???? Must have been some big name poet with a publishing contract. I refuse to accept that it was a 10 year old who just wanted a bike.


Emma thinx: Honesty is the best policy-if you can afford the premiums.

1 thought on “The Fizz that’s the Bizz”