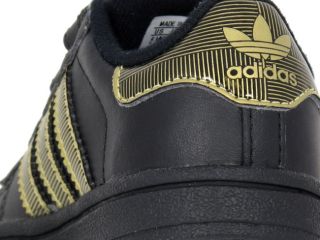 Many moons ago while I was working in my kitchen, my daughter came to me sobbing and asked if she could raise a very serious issue. Oh no – this must be the pregnancy/drug addiction/solvent abuse/pedophile situation that we watch as entertainment on the soaps, but do not wish to confront with the suds. I dried my hands and took her to the lounge, selected some calming baroque music and told her that whatever it was, we were there for her, that I knew several state registered professional counsellors and that we would not be cross. I decided not to raise the possibility of groundings, thrashings or bread and water diets. At last she spoke.
“Mother – um – I think it’s about time I had some Adidas trainers. I’m being blanked and excluded because I haven’t got brand names on my clothes.”
It was true. “But you’re not being held up at knife-point by trainer pirates”
“No,” she conceded -“but I am called a retard and a dork. I’d rather be stabbed.”
The truth was of course that she was being stabbed. Needless to say we pulled together as a family, called in some counsellors and had the child suitably billboarded and labelled. I knew that one day our innocent unbranded world would end. We had had a good run. She was nearly seven after all.


My dear friend Oscar Sparrow wrote a poem about fashion and how it had mattered to him as a kid – long before he became a stuffaphobe Buddhist and renounced all possessions. Check out “Fashion Footwear” here.


And so it is that I tip out my load of kids each day at the college as waves of fashion branded youths troop in. A few retards and dorks mingle in, but are clearly an underclass of non-populars. Fashion and status have become tyrants, and it is not only the young who suffer it. In my guise of a sportive cyclist more and more carbon fibre bandanna clad executive types swap “better than you” tales of Specialised and Trek. I have a Boardman from Halfords and jolly good value it is too!


This whole subject came to mind as Prime Minister Cameron launches a mission to restore childhood and to stop kids advertising to kids on TV. Pester power is truly an awful phenomenon. Most parents I know with even 3 year old kids are hounded by demands – some of which the three year olds pick up from advertising on their lap tops. I witnessed such a thing earlier this week and I was astonished. Would you let a three year old play on the internet? Come to think of it they would probably be a bit sophisticated for some forum sites.

Some things are just so hard to judge aren’t they? The trial of Yulia Tymoshenko (ex-president of Ukraine) all looks a bit like a political shenanigans to me. (Good job Gordon Brown was’nt put on trial for losing £7billion on our UK gold!). I mean – she’s a simple billionaire girl who mis-read her gas meter. Seven years in jail seems harsh. I just hope they have decent hairdressing salons.  I can tell her that Gilles is very much on her side and that if ever she comes back to politics he would definitely offer to stuff her envelopes. Why are there so many multi-billionaires? Which bus company are they driving for?