I know there was an American TV show called “Queen for a day”. I am too young to have seen it. No worries because yesterday I knew how those folk felt. I was in one of those places where only the Queen and oily rag Bruce Springsteen types get to be. Yes – a boat launch.

I dressed myself in my jewels and finery, left my computer and travelled to London. Could I survive without the internet? Would I meet that sexy billionaire perfect lover I’ve always been writing about? Big glitzy openings and fashion shows are where little meez always collide awkwardly with that eyebrow tweaking Count Lorenzo Wealthasmo. Well, no actually but I am a Romantic scribbler after all.

It was far better than that! I met Sarah Weldon. This gal is a real hero. In 2015 she is gonna row her boat solo around the British Isles and raise £100,000 for charity. Yes, she is going to confront the oceans with nothing but the strength of her arms and courage. She is going to follow in the footsteps of the Vikings except that footsteps are quickly swept away in water. Maybe she’ll use G.P.S? I think that Nokkia is a Viking brand. 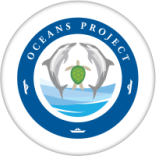 It’s all for a truly worthwhile cause.  Sarah is the founder of The Oceans Project.   Her Great British Viking Quest is a 14-week, 3000 mile, world first, solo row around Great Britain. She will be retracing the oar strokes of Viking seafarers, warriors, and conquerors, bringing ocean literacy, environmental, and STEM education to life for students worldwide. Funds raised will provide access to education for some of the world’s most disadvantaged young people, helping every child ‘go for gold’ in whatever they do.

She will be hooked up to various head-bands, body-suits and muscle monitoring devices. These will link, via satellite, to scientists and students who will monitor how her mind and body cope with the stresses of extreme physical exertion, unusual sleep patterns and living on a diet of freeze-dried food for fourteen weeks.  She will be broadcasting live classroom lessons to over 17,000 pupils around the world on Skype.

The hull of her boat was officially unveiled at a VIP party (that’s why I was there!) at The Technopop Exhibition in London’s Olympic Park on 7th October.  I have to say it looks a massive vessel for one person to handle. Luckily Sarah is having rowing lessons from the best in the field – none other than Olympic Silver Medallist Debbie Flood.

The boat is on display at Technopop 2014 until the 2nd of November. Over 100,000 children are expected to visit in the next four weeks.  I’m back up there on the 16th October to give a presentation to teenage girls about the impact and use of technology in my audio book production and publishing business.

Pssst: Not a mention of the old romance novels please ( that would get me into BIG trouble with the headmaster ).  I’ve even had to bring out a series of children’s books to use for my case study, so as not to corrupt any young minds! 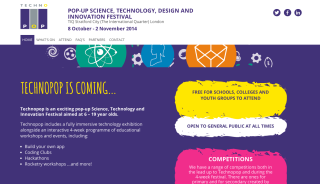 And who do I have to thank for this chance to perform to a captive audience?  Well – Sarah Weldon of course!  I first met her last year when we were both screen-testing for a Yorkshire Gold Tea commercial. I was fascinated by her rowing project.  I’ve even donated some of my e-books and audiobooks to keep her warm and revved up during her lonely nights on the ocean. I think that’s what romance writers are for.

Sarah is a warm, inspiring and motivated woman. Her drive and desire to advance disadvantaged kids will push her on through some hard times at sea. It is a privilege to be just a little bit on board with a true captain of dreams.