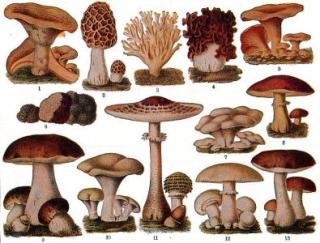 I’m a relatively trusting soul. In the Tourist Information office of St. Savinien, there is a large poster advising you not to eat wild mushrooms. I trust the folks who created this work with all its intricate pictures and warnings of death and agony. I also trust a guy up the road who is a reputed maitre de mushrooms, a chef de champignons. Monday Gilles and I are invited on a funghi fest. You might be well advised to read this blog over the week-end……there may only be a couple of more episodes ever. Gilles is convinced that the guy is a true son of the soil and a bona fide rural wiseacre. If the Archers played in France, this chap would be Jethro Larkin. My American readers may not know that the “Archers” is a radio soap opera broadcast by the BBC. It’s a story of country folk. The poor talk with hick/rural accents and the rich talk with posh yah yah patronising voices.
Much politics over invitations, counter invitations, cancelled invitations and potential invitations. Since everyone knows everyone and everyone knows who went to whom and who has disputes and therefore did not, and who owes who and who should have been invited first, I sometimes think I will stay at home with all the lights off. Alternatively I could invite everyone for a mushroom spectacular….then I would know who really trusted me. As it stands we are doing lunch tomorrow for old Anglo/Franco/Americano work colleagues travelling South, and dinner for a local couple who are from “The North.” If you are from “The North” you are different. You have a natural affinity with the Brits. It’s all about darkness, rain, chips, beer, coal mines, brass bands and gritty Saturdays at Football matches in the cold sleet. Apparently Northern French find middle and southern French very difficult. In my view it’s probably because the regional accents of France are like fences in the Grand National. There are many fallers.
Friday night is Jazz night at the resto St.Savinien. These guys work so hard to make their business work. I’ll try and get a vid and put it up tomorrow. If any French person knows you are about to eat, are going out to eat, queueing for a kebab, sitting on a railway station bench with a sandwich, have food that is for a meal later they have to say “Bon appetit.” It’s a sacred mantra. If you’re about to eat – “Bon appetit.”
Emma thinx: Reincarnation – an everlasting buttonhole.